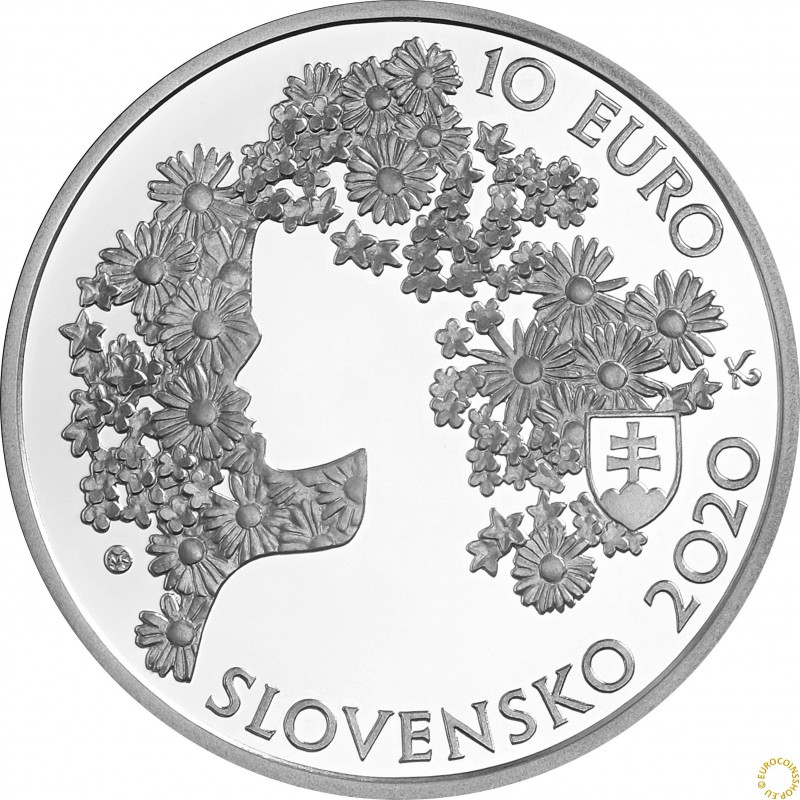 Andrej Sládkovič (31 March 1820 - 20 April 1872), born as Andrej Braxatoris, was a major Slovak romantic poet, literary critic and translator, who belonged to the ‘Štúrovci' (the generation of Slovak intelligentsia around Ľudovít Štúr). Among his first works were the philosophical, reflective poem Sôvety v rodine Dušanovej (Talks in Dušan's family). One of the high points of his oeuvre is the long poem Marína, which brings together elements of amorous and reflective lyrical poetry and stands as one of the most impressive works of Slovak poetry. With his lyrical epic poem Detvan, Sládkovič responded to contemporary demand for poetry with a patriotic focus. This work and Marina together constitute the pinnacle of his poetic output. Sládkovič was involved in the organisation of the Slovak National Assembly in Martin (1861) and was a founding member of Matica slovenská, a nationwide Slovak cultural institution established in 1863. Through his organisational activity, literary criticism, and own works (especially those of a topical or patriotic nature) Sládkovič had a significant and enduring impact on Slovak cultural life.

The coin’s obverse design depicts a floral arrange¬ment that creates a silhouetted profile of Marína, the eponymous subject of Sládkovič’s most famous work. The Slovak coat of arms appears on the right side of this composition. Along the bottom edge is the name of the issuing country ‘SLOVENSKO’, which is followed by the year of issuance ‘2020’. The denomination ‘10’ and currency ‘EURO’ are in¬scribed along the upper right edge of the design. To the lower left of the floral composition is the mint mark of the Kremnica Mint (Mincovňa Kremnica), consisting of the letters ‘MK’ placed between two dies. Next to the right edge are the stylised letters ‘KL’ referring to the designer Karol Ličko.

The reverse shows a portrait of Andrej Sládkovič with his facsimile signature inscribed below the face. To the right of the portrait are the years of his birth and death, one above the other. His first name ‘ANDREJ’ appears along the left edge of the design and his surname ‘SLÁDKOVIČ’ along the upper right edge.