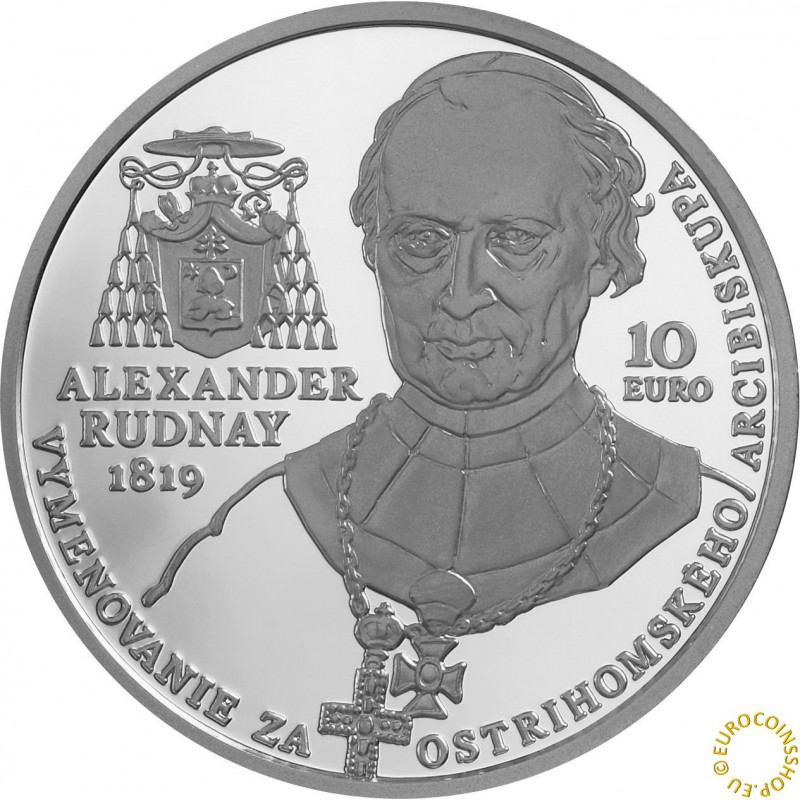 This product is no longer in stock

Alexander Rudnay (4 October 1760 – 13 September 1831) was ordained a priest in Trnava in October 1783. He subsequently served briefly as a chaplain in the nearby village of Častá, and then as a parish priest, including a stint in Krušovce beginning in 1789. Afterwards, he assumed a series of significant positions within the church administration. The circumstances of the time were favourable for his rise in the ecclesiastical hierarchy, and in 1815 he was consecrated a bishop and appointed ordinary of Transylvania. In 1819 he was made Archbishop of Esztergom and Primate of Hungary. In 1826 Pope Leo XII named him a cardinal in pectore, and in 1828 the appointment was made public. Among his other activities, Cardinal Rudnay oversaw the start of the construction of Esztergom Basilica in 1822, supported Juraj Palkovič’s translation of the Bible into Slovak and promoted Bernolák’s group and the Slovak national movement. He led the way for others of Slovak origin to assume significant positions in the Church in the then Upper Hungary, and for the use of Slovak in religious ceremonies and religious education in that region.

The coin’s obverse design depicts Esztergom’s Primatial Basilica of the Blessed Virgin Mary Assumed Into Heaven and St Adalbert. Below it is the facsimile signature of Cardinal Rudnay, along with the Slovak coat of arms and the coin’s year of issuance ‘2019’. To the right of the signature, next to the edge, is the mint mark of the Kremnica Mint (Mincovňa Kremnica), consisting of the letters ‘MK’ placed between two dies. Below the mint mark are the stylised letters ‘PV’ referring to the designer Peter Valach.

On the reverse there is a portrait of Cardinal Rudnay with his cardinal’s coat of arms depicted to the left of it. Below the coat of arms, in descending order, are the cardinal’s first name ‘ALEXANDER’, last name ‘RUDNAY’, and the year of his appointment as Archbishop of Esztergom ‘1819’. To the right of the portrait are the currency denomination ‘10’ and the currency name ‘EURO’, one above the other. The words ‘VYMENOVANIE ZA OSTRIHOMSKÉHO ARCIBISKUPA’ (Appointment as Archbishop of Esztergom) are inscribed in semicircle around the edge of the design from centre left to upper right.