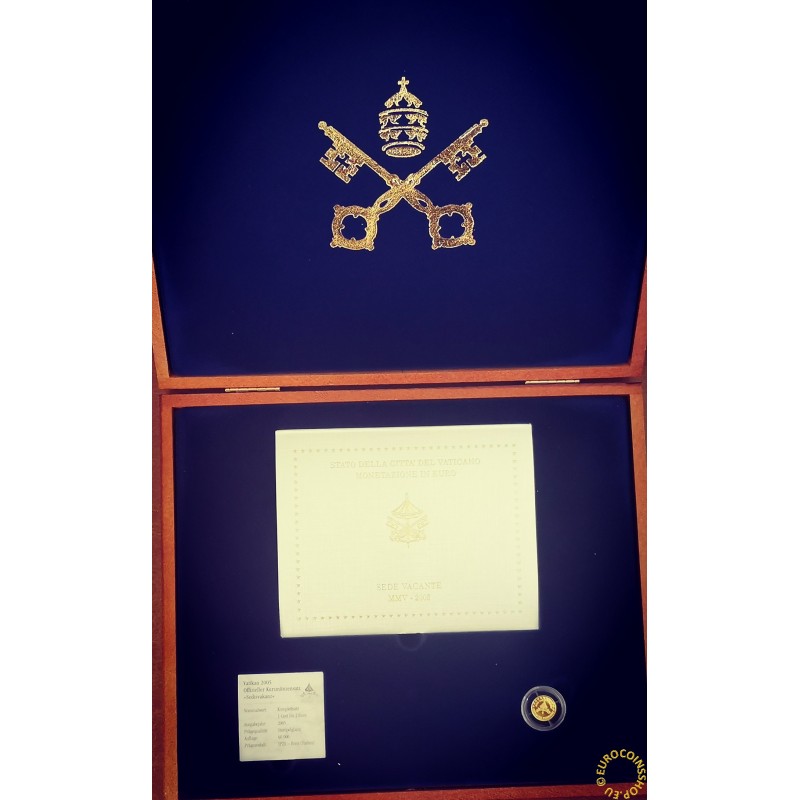 Following the death of Pope John Paul II in April 2005, the Vatican issued special coins during the period of Sede vacante depicting the emblem of the Apostolic Chamber and the coat of arms of the Camerlengo of the Holy Roman Church.

The sculptor, Daniela Longo, is credited with the design of the Euro coins.