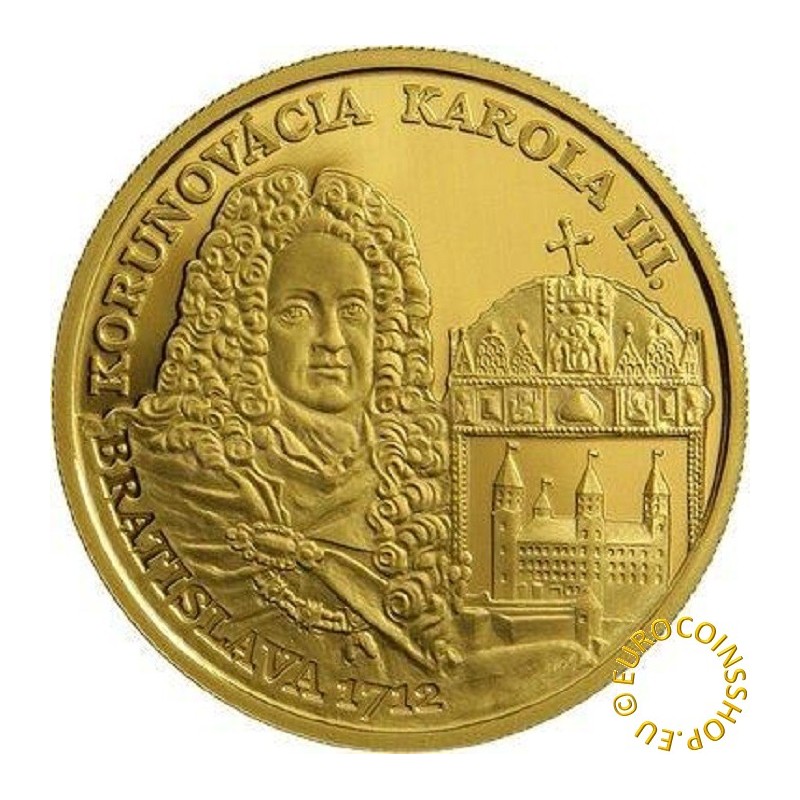 The Bratislava Coronations - 300th Anniversary of the Coronation of Charles III

In the first third of the 16th century, Hungary was threatened by the raids of the Turks. After the Turkish occupation of the capital Buda, the Hungarian Parliament decided in 1536 that the new capital and coronation city of Hungary would be Pressburg (today's Bratislava). From 1563 to 1830, 11 rulers and 8 royal wives were crowned in the gothic St. Martin's Cathedral.

When Joseph died, Charles became the sole male descendent of the Habsburg dynasty and he returned to Vienna from Spain. En route, he was crowned Holy Roman Emperor at Frankfurt am Main on 24 December 1711. He became Emperor Charles VI, while as King of Hungary he would be Charles III. His coronation as the Hungarian king was preceded by a session of the Diet of Hungary in Pressburg, which did not immediately give its ascent to the succession. Only after months of negotiations and after Charles pledged to fulfil the conditions laid down by the Hungarian nobility did the Diet approve the coronation, setting the date for 22 May 1712.

During a reign of almost thirty years, Charles III seldom returned to Pressburg. His time was taken up with fighting battles in southern Hungary and performing official duties in Vienna. One of his most well-known acts was to issue the Pragmatic Sanction, an edict of 1713 that established the indivisibility of the Hapsburg Monarchy and a new order of succession that allowed a daughter to accede to the throne.

Obverse:
The obverse side of the coin depicts the coronation procession and Bratislava architectural landmarks associated with the coronation – the Vienna Gate of Bratislava Castle, the steeple of St Martin‘s Cathedral, and the tower of the Old Town Hall. On the left side of the design, the national emblem of the Slovak Republic is in the lower part and the denomination is in the upper part with „100“ positioned above „EURO“. The country name „SLOVENSKO“ appears along the right-hand edge, above the year „2012“. Below the year are the mintmark of the Kremnica Mint and the stylised initials of the coin‘s designer Karol Ličko.

Reverse:
On the reverse side is a portrait of King Charles III, accompanied by the Hungarian royal crown and a period depiction of Bratislava Castle. In the upper part of the design is the text „KORUNOVÁCIA KAROLA III.“ (CORONATION OF CHARLES III) and in the lower part the text „BRATISLAVA“ and the coronation year „1712“